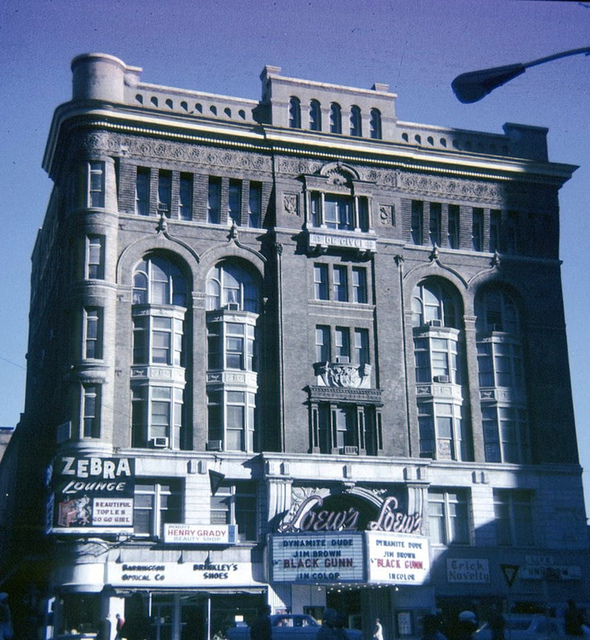 Built in 1893 as the DeGive Grand Opera House. It was taken over by Marcus Loew in 1918 and was remodeled to become Loew’s Grand Theatre. It was here that the ‘Gala World Premiere’ of "Gone With The Wind" was held in 1939.

The Loew’s Grand Theatre listed on the National Register of Historic Places in 1977, and last used for storage, was damaged by fire in January 1978. It was demolished later in 1978.

The theater was memorialized by Davis Cone’s painting which can be viewed in Popcorn Palaces, available from Harry Abrams books.

We were taken to the site of this cinema on a tour of the U.S.A. in 1991. Gone With The Wind was always a favourite of mine.

It might this theatre that had the World premiere of “Annie get your gun” in 1950(The star of the movie Betty Hutton was not invited to the premiere)!!

1957 photo added via Shorpy website below. Image can be enlarged there. 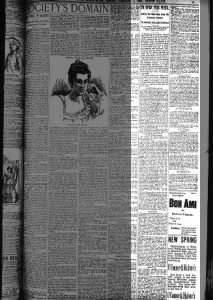 Marcus Loew was oerating the Grand as early as 1918, as reported in the May 18 issue of The Moving Picture World:

Remembering the 80th anniversary today of the world premiere of “Gone With the Wind” at Loew’s Grand Theatre on December 15th, 1939. Ad displayed here

Just posted a photo from the GP Center memorializing the Grand taken recently on a trip there.

An abundance of vintage film coverage of the 1939 premiere can be viewed on the internet, including some from MGM’s “News of the Day” newsreel. Click here