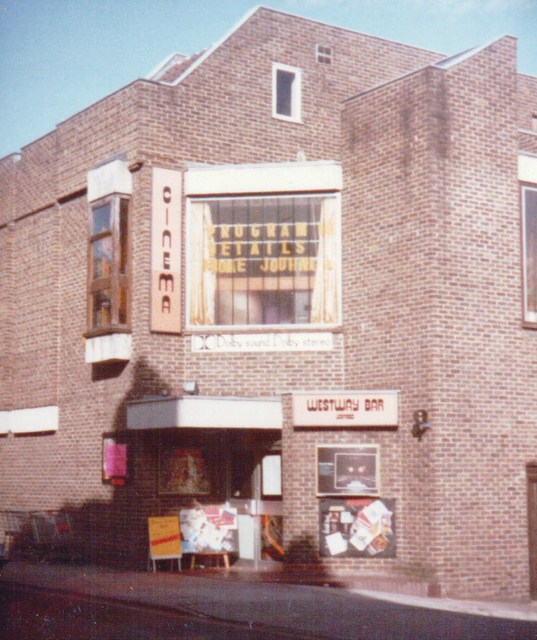 The shopping mall and supermarket, built on the site of the Gaumont Theatre, contains the Westway Cinema which opened on 21st March 1974 with "Godspell". Originally, the seating capacity was for 350 and it was independently operated by Raymond Franklin. In 1993 Mr D. O'Connor took control.

The Westway Cinema held the U.K. Premiere of the Eddie Murphy film "Dr. Doolittle 2" on 27th June 2001. The original Rex Harrison version had been filmed at the nearby village of Castle Coombe.

The Westway Cinema is one of only a few UK cinemas to have a licenced bar inside the auditorium. The Westway Cinema was closed in March 2016. It was converted into a 3-screen cinema and reopened 24th February 2017 under new operators.

According to newspaper reports, the 304-seat Westway closed in March 2017 after the business went into liquidation. It had been run by local woman Martina O’Connor and her partner Mark Lifely for the previous five years, after they took over from her parents Dennis and Dolores, who had run it for the more than 20 years.

Happily, the Westway was re-opened on Wednesday 22nd February 2017 by Pat and Beryl Scott, who run the Ritz at Burnham on Sea. That day, and the Thursday, were used for staff training/bedding in, and the official re-opening took place on Friday 24th February. The main change has been its transformation into a three screen cinema. There is also a licenced bar.