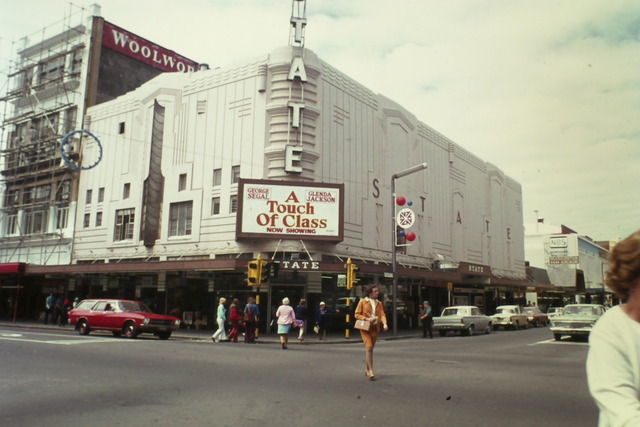 The State Cinema opened on 14th August 1935 with a seating capacity of 829. It was located on the northeast corner of Colombo Street and Gloucester Street.

It was operated by Amalgamated Theatres Ltd. in the early-1950’s. Closed in 1977, the facade was hidden by metal sheeting and the building went into retail use as D.F. Souvenirs store. Following the earthquake in February 2011, the building was badly damaged and was scheduled for demolition. It was demolished later in 2011.

Has since been demolished