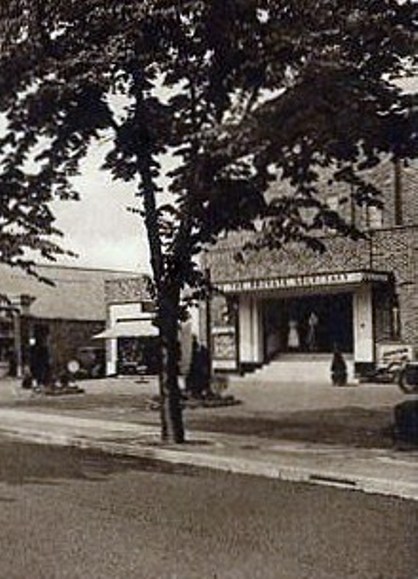 Located in Knutsford, Cheshire. The Marcliffe Cinema opened in the mid-1930’s with a seating capacity of 672. It had a programming policy of pictures and variety, having a stage and two dressing rooms.

It continued into the 1960’s when it was taken over by the local council and re-named Civic Centre Cinema. In around 1994 it had been re-named Studio Cinema, after having a facelift and the seating capacity was reduced to 400.

Around early-2013, it was taken over by the London based Curzon Cinemas chain and re-named Curzon Cinema and now has 178 seats and a cafe/bar offering free wi-fi.

In 2018 a £1m redevelopment saw the refurbishment of the existing auditorium and the creation of two additional screens, using space at the back of the building. These opened in October 2018 and are called Cranford (with 111 seats) and Marcliffe (with 60 seats) while the existing auditorium has been renamed Studio (with 128 seats). Marcliffe & Studio being former names of the cinema. Total seating capacity is now 299.