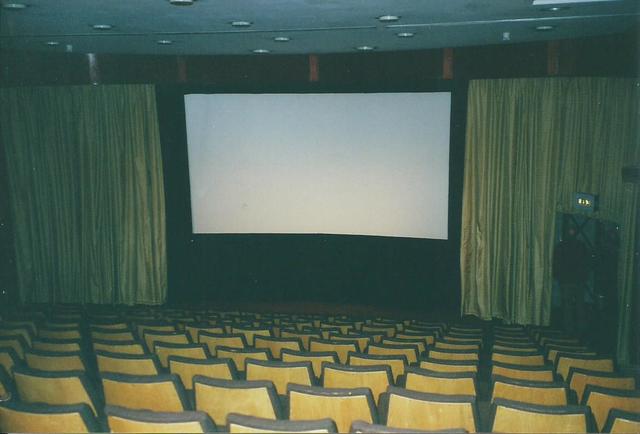 The Royal Spa Centre opened as a multi-purpose entertainment centre on 15th June 1972 and was designed by architect Sir Frederick Gibberd. The main Avon Hall was equipped with 16mm projection equipment and has a seating capacity of 800 on a flat floor. This is now used exclusivly for live events.

The smaller Newbold Hall seats 208 and although it was not primarily intended for film use, 16mm projection was installed soon after opening. A film society was formed, later to be operated jointly by the council and the British Film Institute.

From 15th February 1991 the small independent Robins Cinemas chain operated it as the Robins Cinema, screening first run and repertory art house films. They had leased it from the council and installed 35mm projectors. On 15th December 1995, Robins gave up their lease and it was taken back by the council and re-named Royal Cinema.

Some photos taken in February 2009 here:–