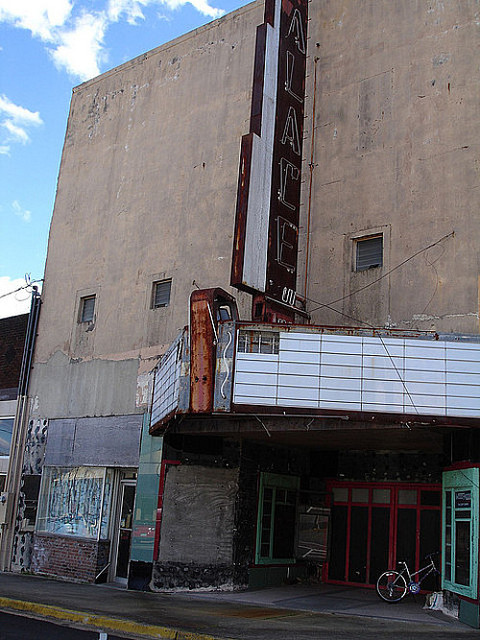 Status on this theater should be changed to renovating. Here is a link to an article in the ClarionLedger: http://www.clarionledger.com/article/20131230/NEWS01/312300011/McComb-crew-sets-sights-Palace-Theater?nclick_check=1 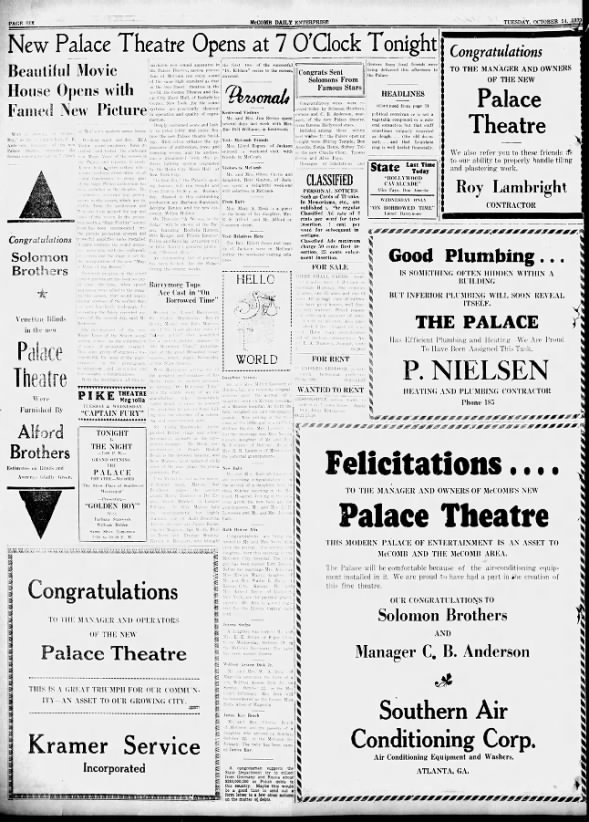 First Opened As The Strand Theatre On March 21, 1921. It Became The Palace After Closing For Several Months By Giving Workmen Free Rein. Reopened On October 24, 1939 With “Golden Boy” along with an unnamed cartoon, a random “snapshot” program was added as well.

The Strand (later the Palace)’s only possibly enough “major” incident was back on January 19, 1931 during the showing of “Hook, Line, and Sinker” along with a cartoon, a comedy, and a newsreel, when a “woman” collapsed shortly after the film completely started. She partially enough was taking from ambulance but later reveals as a wax figure and was then taking to the Denman-Alford Department Store nearby. Confusions. Perfect for an actual scene of a movie!