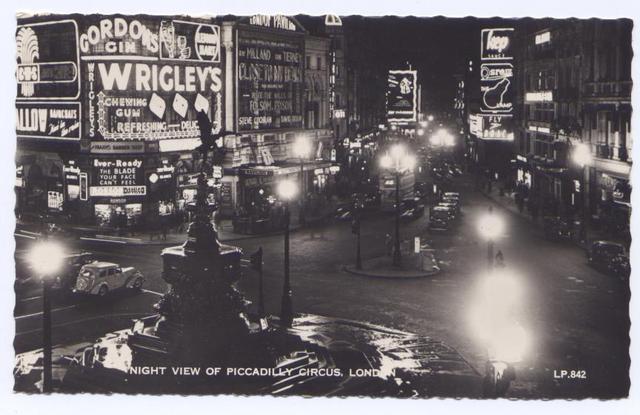 Located at Piccadilly Circus in the heart of London’s West End. Built and operated by the Peto Brothers, this large freestanding building opened as the Pavilion Music Hall on 30th November 1885. The auditorium was designed by architect J. Ebenezer Saunders with the exterior designed by R.J. Worley. It took 4 months and 7 days to build. It was remodelled in 1886 and in 1900 architectural firm Wylson & Long rebuilt the auditorium in a Louis XV style and there were a series of panel pictures on the walls by artist J.M. Boekbinder. In 1908 it screen films at matinee’s only and in April 1911 Bioscope presentations became part of the variety programme It closed as a music hall in 1918 and was taken over by C.B. Cochran on 3rd August 1918, operating as a live theatre, presenting musical revues, the first one was titled “As You Were” starring Alice Delysia which ran for 434 performances.

Exclusive runs on a separate performance schedule were presented for films such as Douglas Fairbanks in “Robin Hood” (16th December 1922 to 15th April 1923), J. Warren Kerrigan in “The Covered Wagon” (5th September 1923 to 15th March 1924) & Cecil B. DeMille’s “The Ten Commandments” (18th March 1924 to 5th July 1924). Margarita Fischer in “Uncle Tom’s Cabin” (“with an enormous Negro plantation stage show”) played from 12th December 1927 to 10th March 1928. Mary Pickford & Douglas Fairbanks in “The Taming of the Shrew” had its UK premiere here on 13th November 1929. Howard Hughes rented the building from 28th October 1930 to 14th February 1931 to screen the UK premiere (separate performances) run of “Hell’s Angels” starring Ben Lyon. It was then briefly operated by the Associated British Cinemas(ABC) circuit in January & February 1932 screening British films. In 1932 it presented variety shows until it was closed on 7th April 1934.

In 1934, the interior was gutted and transformed into a cinema to the design of Frederick G. M. Chancellor of the Frank Matcham Company, and Cecil Masey. It was unusual because it retained two balconies in the irregular shaped site. Seating capacities were provided for 716 in the stalls, 242 in the circle and 251 in the balcony. The London Pavilion was operated by United Artists from its opening as a cinema on 5th September 1934 as their main premiere cinema in London. The opening film was Douglas Fairbanks in “The Private Life of Don Juan”.

It closed on April 26, 1981 with Ray Sharkey in “The Idol-maker” and despite some pleas to have it returned to theatre usage, the London Pavilion was sold and demolished internally, retaining only the outside walls, to have a shopping mall constructed inside.

There were plans to have been two replacement cinemas located on the top floor, but no one seemed interested in operating them and the spaces were converted into Madame Tussaud’s Rock-and-Roll wax museum.

After many years as a failed shopping centre combined with the next-door Trocadero Centre, five floors inside the building were converted into a ‘Ripley’s - Believe It, or Not’ ‘odditorium’ exhibition space in August 2008.

In early-2020 plans were proposed to convert the building into a hotel.

Photo added of presentation at the Pavilion to accompany the post of MoviesWithDad on 1st July 2014. Not well received critically, the Pavilion showing lasted a mere 10 days, from 19 March to 1st April, 1970

the Pavilion (or what is left of it) and local area is total tat now and decaying badly .It is a real shame the lanlords cant get rid of the cheap shops and rubbish outlets and refurbish this magnificent grade 2 listed building.

The cinema also screened Tom Jones, which had a long run there.

When I was in London this was playing King Kong(Jan ‘77 I believe). I had no interest in seeing the film so I didn’t go in. How I regret it! What a façade it had and I love the Yellow Submarine.

The opening night as a cinema was Wednesday 5 September 1934. The feature was ‘The Private Life of Don Juan’ starring Douglas Fairbanks.

I remember working there as an usher in 1976,tearing tickets in the balcony. The staff rooms were back stage in the old dressing rooms. It was great to go back on to the disused stage behind the screen which was all intact and full of atmosphere of its past history as a theatre. 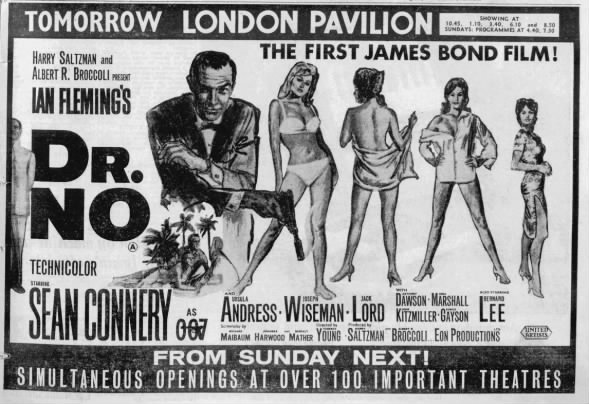