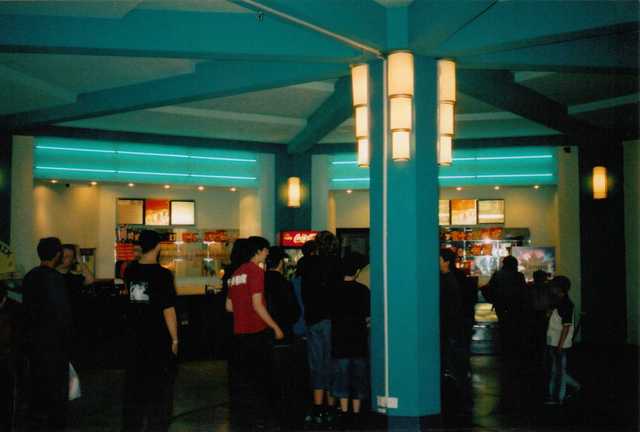 The Broadway Cinema opened on 26th August 1936 with Fred Astaire & Ginger Rogers in "Follow the Fleet". It was designed by local architect Robert Bennett of the architectural firm Bennett & Bidwell, who designed most of the housing in Letchworth Garden City.

The Broadway Cinema is located on a prominent corner site at Gernon Road and Eastcheap, Letchworth Garden City, Hertfordshire.. The brick building has large windows which have wide white stone surrounds. The foyer is octagonal in shape and has a central column which contains up-lights, high-lighting the decorative ceiling which is 12 feet in height. There was a cafe/restaurant located on the 1st-floor above the foyer, and this had its own seperate street entrance, as well as access from within the cinema.

Inside the auditorium, the 1,420 capacity seating was arranged for 791 in the stalls and 629 in the circle. Decoration inside the audititorium consisted of troughs running the length of the ceiling from front to back which contained concealed lighting and a stencil pattern surrounding the proscenium arch.

The Broadway Cinema closed as a single screen on 25th February 1996 with a special screening of the vintage Will Hay comedy "Windbag the Sailor". Work then began on a Two Million Pound conversion into a triple screen cinema.

The Broadway Cinema re-opened on 12th July 1996, the same day that a brand new multiplex opened in nearby Stevenage. The former balcony screen now seated 488 luxury seats, the back rows having ‘double seats’. The screen size is 36 feet wide. Two screens in the former stalls area seated 176 and 174. At the end of June 2008, a 50 seat screen 4 was opened in the former restaurant space and the cinema underwent a One Million Pound renovation.

The Broadway Cinema has always been independently operated and continues successfully today.