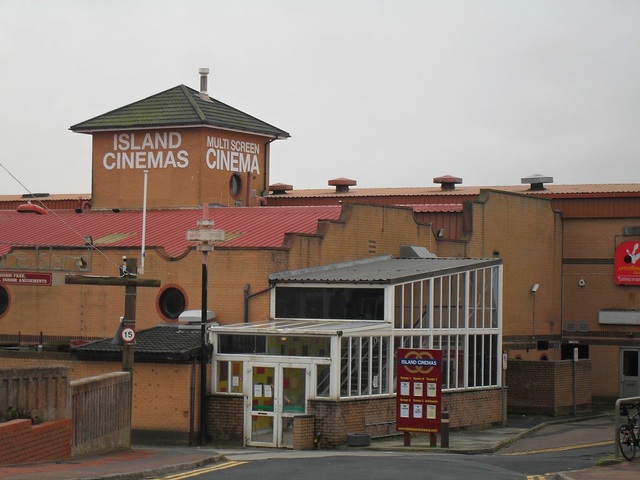 Located in Lytham, near Blackpool, Lancashire, at The Island entertainment centre. The Pleasure Island Cinemas opened as a twin screen cinema on 4th July 1996. Seating capacities in the screens were 155 and 80. The projectors came from the Royal Pavilion Cinema in nearby Blackpool.

The twins was so successful that a further two screens were added in July 1999, each seating 110. The complex was re-named Cinema Four. By October 2015 it had been re-named Island Cinemas.