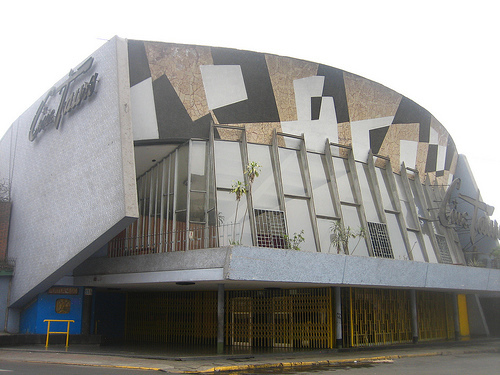 Opened in March 1960, the Cine Tauro has a striking asymmetrical facade with a large window in the centre. It has a 8-storey office building built at the rear, over the screen end. It is both externally and internally designed in a ‘Modern’ 1960’s style. Seating in the auditorium is provided for 720 on the orchestra level and 560 in the overhanging mezzanine.

Originally a main city centre cinema, it was the prime cinema in Lima to be equipped with Todd-AO presentations. In recent years, unable to compete with newer multiplexes, it went over to screening ‘Adult’ films.