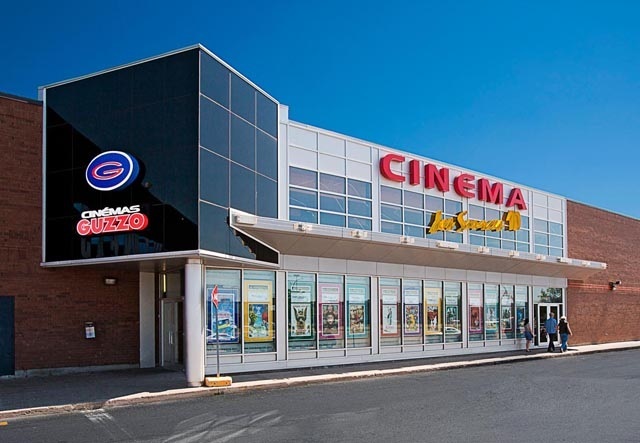 Another Guzzo in an old Miracle Mart. The opening of this cinema has put an end to the Famous Players and Cineplex Odeon monopoly on new movies. Cineplex had Universal, Columbia Tri-Star, Warner (French), Fox and Famous Players had Paramount, Warner (English), Disney, MGM,

Plans for a new IMAX theatre carved out of two cinemas appeared to have halted. I uploaded an ad from November 1st, 2013.

Grand opening ads from 1998 uploaded in the photo section.