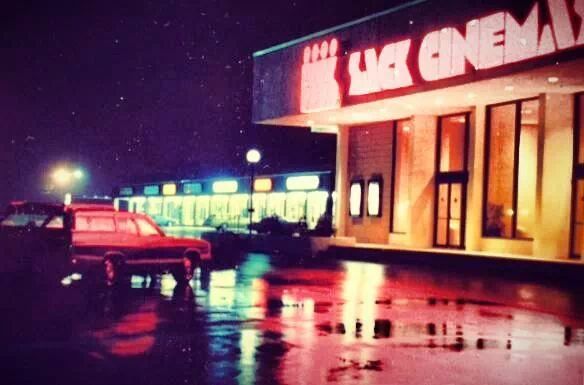 This six-screen multiplex - at different times part of the Sack Theatres, USA Cinemas, Loews Theatres, Entertainment Cinemas, and Hoyts Cinemas chains - and subdivided into additional screens during its existence, closed in September 1999. It has sat empty since, with its former marquee space in recent years providing signage for the adjacent Foxy Lady adult entertainment establishment.

Closed September 1999, last film I saw there was The Matrix

Update 6/18/2015: Time to change the status of this cinema to “Closed/Demolished”. Currently, the cinema is in the process of being razed (it has been fenced off since late summer of last year without much activity prior to recently). Nothing has been officially announced about what is happening but according to a number of posts and comments on a Brockton-centric Facebook group, it’s not much of a secret either.

The cinema is being torn down apparently to make way for a diner that will replace Frank’s, a long-running restaurant specializing in seafood and hot dogs that is off of Reynolds Memorial Hwy-Route 27 (the cinema is adjacent to the rear of the restaurant). The current location of Frank’s restaurant in turn will be converted to a namesake steakhouse.

On a personal note, I can’t say I’d miss this cinema. When I went to it, the original two screens were already split into four smaller ones, and I do mean smaller. The cinema itself didn’t seem to have much personality, especially compared to the nearby Westgate Cinema Centre, but the employees were decent. The last movie I saw there was “The Silence Of The Lambs” in early April 1991. Apparently since then it grew to six cinemas, I can only imagine how bad those shoeboxes looked (the four screens were small enough as it was).

With the demolition of this cinema, The Crescent Cinema/Brockton East Twin Cinema on Crescent St by the Massasoit Conference Center becomes the last remaining artifact of Brockton’s cinema history, with the former Jerry Lewis twin still standing and the expansion across the parking lot converted into a church.