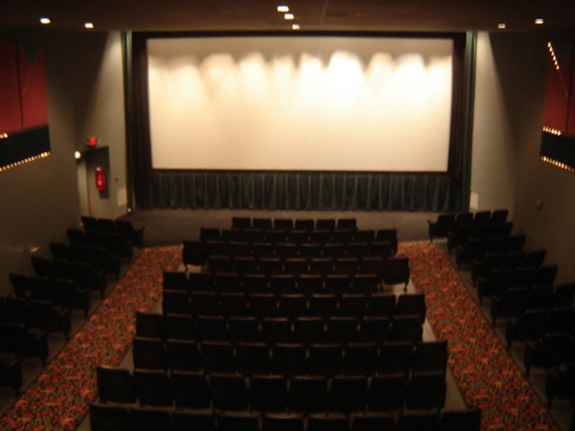 Opened on August 1, 1986 under Cineplex Odeon Corporation and Plitt Southern Theatres. This 1,650-seat capacity multiplex cinema was complete with six state of the art widescreen auditoriums, with full widescreen projection that was capable of showing larger presentations in Dolby Stereo Sound. Luxurious plush seating in all auditoriums throughout, with advance ticket sales available for same day presentations and coming attractions. The theatre had its own front door parking. Cineplex Odeon operated this theatre until 1991 when Carmike Cinemas took over, and they closed it in 2000.

Doug Cooper and Bill Peebles, company manager of Ambassador Entertainment reopened the theatre in 2003 and had major renovations done. It plays a variety of films that include first run features as well as foreign and independent films.

Built in 1986,the Six Forks Station Cinema was once a chain of the Plitt Theatres group and also part of the Cineplex Odeon Corporation.
[Cineplex Odeon also owned and operated at one time several Raleigh theatres including the Cardinal at North Hills,the Tower Twin,and Tower Merchants Six.]

Cineplex Odeon operated this theatre from 1986 thru 1991.

and i bet it was adump when CARMIKE finished with it…

Mike Rogers: This was one of the theatres CARMIKE abandon and left it for a dump when they closed it in 2000. Bill Peebles of Ambassador Entertainment basically saved this theatre from the wrecking ball and did a million dollar restoration and reopened in 2003.

Just because it annoys me to hear otherwise, I must point out that Six Forks' majority owner is Doug Cooper, a longtime cinema fixture in Raleigh. Peebles is a minority partner there. Cooper is wholly responsible for reopening Six Forks. The theater is operated under the Ambassador umbrella almost entirely for reasons of film booking and economies of scale involving vendors.

Also, the theater was shuttered when it closed in 2000 until it was reopened in 2003.

This theatre’s old marquee is almost the same as Cinémas Place Charest in Quebec City, another Cineplex Odeon theatre. It was changed later. 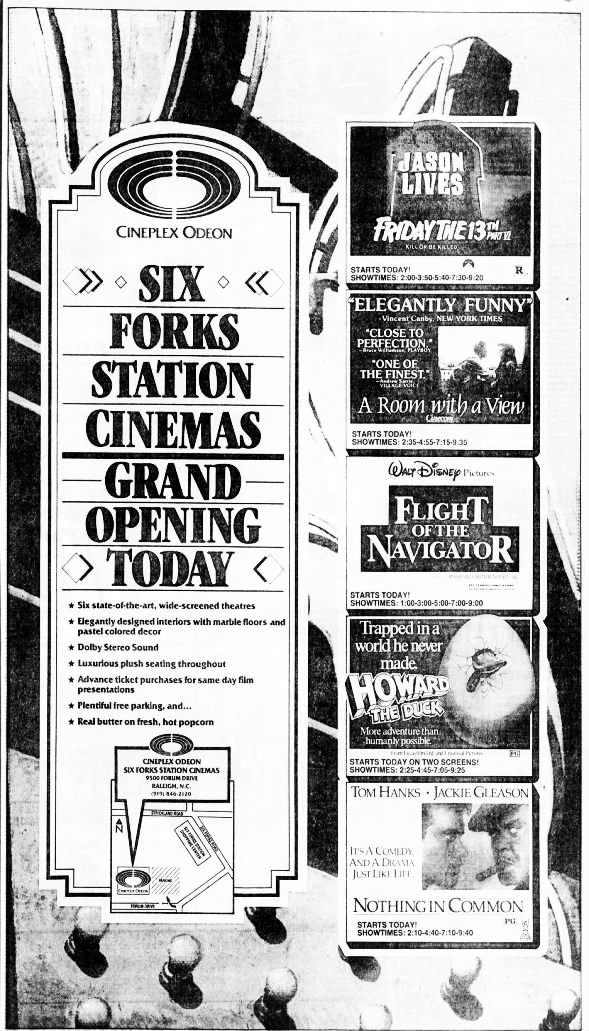