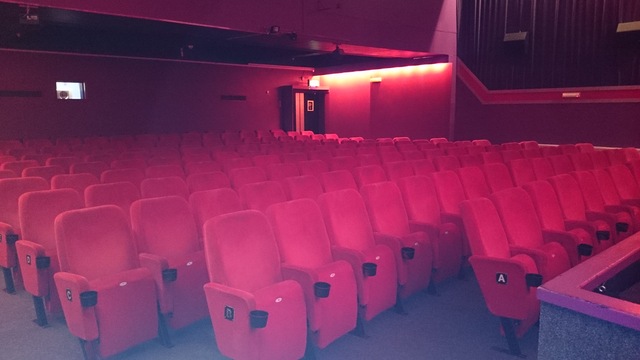 Built as the Corn Exchange in 1871, it was converted into the Alexandra Theatre in around 1900. The proscenium was 26 feet wide, the stage 18 feet deep and there were three dressing rooms.

Early film shows were also held in the building. In 1927 a balcony was added and it became a full time cinema, seating was provided for 550.

The Alexandra Cinema is a Grade II Listed building.

Scott ran the cinema until his death in 1986 after which it was run by Peter Hoare. In recent years Scott Cinemas merged with the Williams family’s WTW Cinemas taking the tally of sites to twelve. A refurbishment was carried out in 2012, to include installation of digital projection equipment, and the large screen has 3D capabilities.