This opened as Movies at Hialeah with 14 screens on December 8th, 1989. Grand opening ads posted. 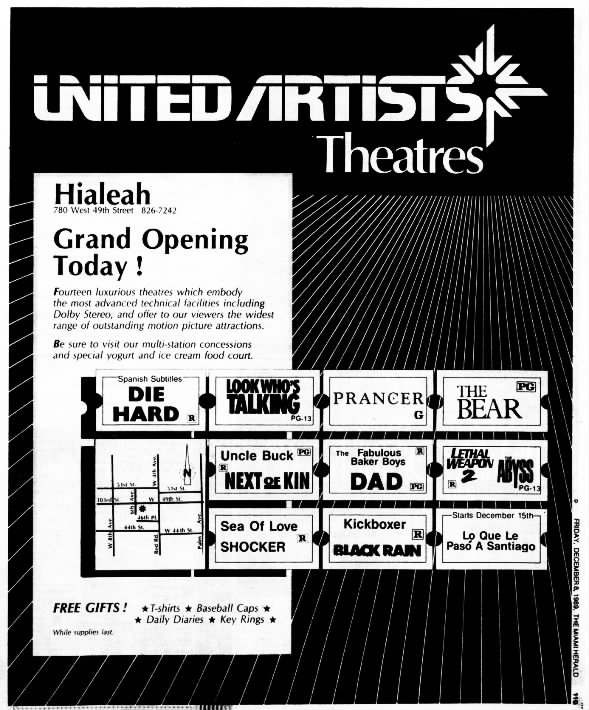 This Cinema is now under the Carmike Banner website

@simon- actually it was opened a little further west of where the old zayre’s/ames dept. store stood about ½ block up. where zayres stood is now a mini-shopping center of sorts.

Many thanks Al…
I bet myself $100, and won… so now I’m ordering some old classics from TCM. Standby in projection and roll the film… and don’t forget to open the curtains!!!

Was this multiplex opened in the former Zayre’s store?

In 1967-72 I worked at Palm Springs Music which was located next to Ekert Drug Store in the original 1960’s Palm Springs Shopping Center.

The huge Palm Springs Theater, operated by Wometco, a division of CBS-TV ch4) was next to Shell Liquor, then another multiplex opened way down 49th Street by the Palmetto Expressway.

This theater was remodeled and now has 12 screens. All digital, stadium seating, DBOX seats, beer and wine, and a giant arcade. Reopened for Tron Legacy.