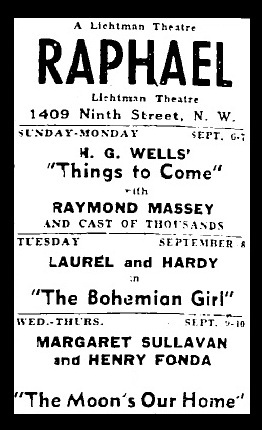 The Raphael Theatre opened in early 1914 and was part of the District Theatre circuit. It was an African-American theatre and in 1931 it was renovated.

The theatre closed in 1969 and became a church. It has since been demolished.