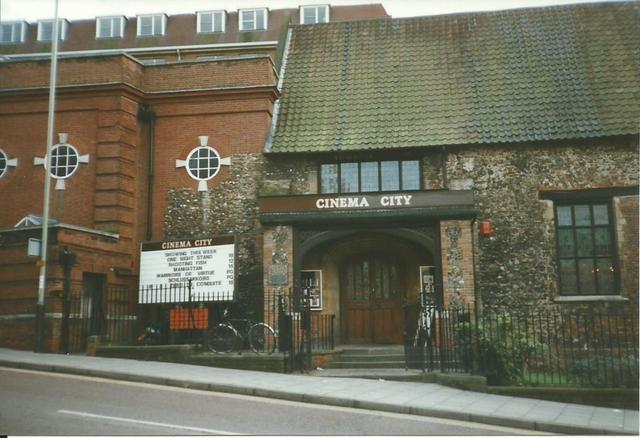 Opened in April 1978 as the new home for the Norfolk and Norwich Film Society, the seating capacity in the single screen was for 230. The building was originally Stuart Hall and Suckling House which dates from the 14th-Century.

It was closed for refurbishment in December 2003 and the operation was temporarily moved across to the Playhouse. The Cinema City re-opened on 19th October 2007 as an all digital cinema, now converted into a triple screen cinema, with seating now provided for 190, 100 and 65. There is also a restaurant and licenced bar which has now been extended out into a glazed-over courtyard.