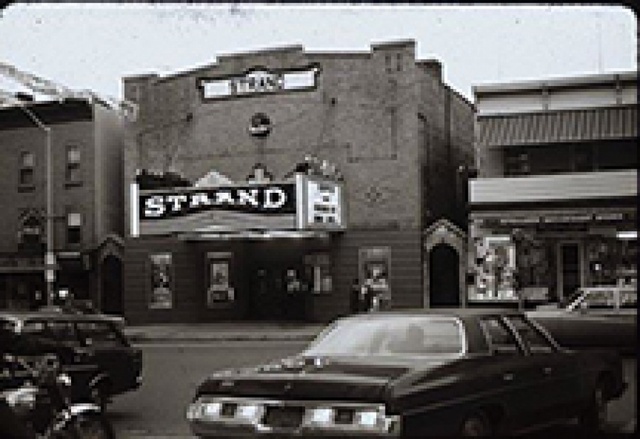 The Strand Theatre was operating prior to 1941. By 1950, it was operated by the Cinema Circuit Corp. chain.

The former Strand Theatre building is now used as a medical center. Google maps this address to North Tarrytown, but the medical center is located in Sleepy Hollow, New York, which is the new name for the town.

North Tarrytown was renamed Sleepy Hollow. I was there today, it’s the Open Door Family Medical Ctr. The gate to left was open so I walked down to snap pix. Went inside and there’s an original arch left in the waiting room and all drop ceiling. I’ll have pix posted on Cinematour in a week.

The September 4, 1915, issue of The Moving Picture World noted that the new theater at 80-82 Beekman Avenue in North Tarrytown had opened, but failed to mention the name of the house. The article gave the name of the owner, Edward Pollock; listed the seating capacity as 800; said there was a stage 16x50 feet; even noted that the booth was equipped with two Powers 6-A machines, but the article left the theater itself unnamed.