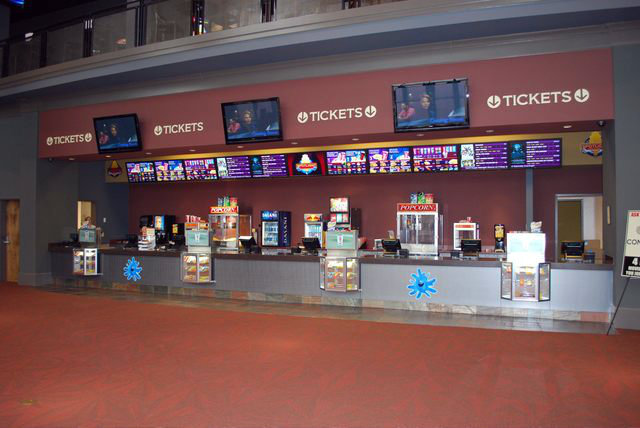 Opened in 1976 as part of the Student Union Building within the massive University of Wisconsin-Parkside campus on Kenosha’s north side, the theatre (UW-P spells it "theater") reopened following a massive renovation with an open house from Thursday, September 25th to Sunday September 28th, 2008, followed with a 14-film series of foreign and American productions beginning on Thursday October 9th to celebrate its 27th consecutive season. The renovation included a $100,000 state-of-the-art digital projection and sound upgrade, acoustic wall treatments, Dolby surround sound, an ALS-assisted listening system, a new and expanded concession area, and new seating configured in three sections.

The UW-Parkside Union Theatre was designed by Hellmuth Obata and Kassabaum (now HOK) in a minimalist mid-1970s style to match the 1960s campus buildings. During the theatre’s renovation, which began in 2007, the original aisles at each side were eliminated in favor of a three-section seating configuration separated by two aisles. Added wheelchair-accessible seating was provided, as were cupholders on the new seats. The original 400-seat capacity was thus reduced by fourteen seats. Although the original booth remains intact, digital projection was installed, and the projectionist can now control film and audio qualities from a room adjoining the orchestra floor. The 35mm projection equipment was removed.

The UW-Parkside Union Theater is open to the public, and is also used for concerts, presentations, meetings and other functions.