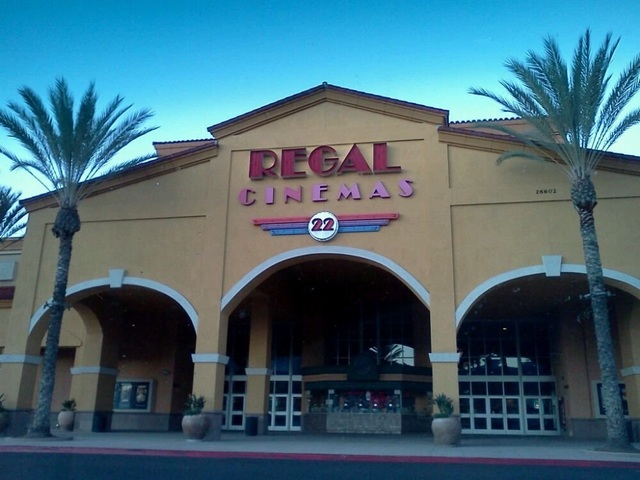 Theater opened September 17, 1999, and was one of the first Regal theaters in Orange County (prior to Regal’s merger with Edwards Cinemas, once the largest chain in Orange County).

Back in the mid 90’s, AMC announced they were going to build a 24 screen theatre on this property. However, by 1997, AMC had pulled out of the deal and Regal stepped in. This was Regal’s third build in the county, preceeded by La Habra 16 and Garden Grove 16 (also opened in 1999). Regal had initially entered Southern California via the purchase of Krikorian Theatres' original chain, in 1996.

Prior to the opening, Edwards had threatened to build a 16 screen theatre across the toll road from the Regal site. After scrapping that plan, Edwards breifly entered in to buy out talks for the theatre, but that too fell through. Of course, within a few years Edwards filed for bankrupcy and the two companies fell under the REG banner.

The most irresponsible, reckless place I’ve ever been. I’ve been on the last session of the movie and was the last person to leave the hall. Unfortunattely I left my bag in the hall, and as the cinema was already closed I came back to get it early in the morning, an hour before the first performance starts. There’s no way anyone could enter the hall except the cinema staff. The hall was cleared, and my bag was missing. They did nothing to find out who took it. They take no responsibility for their staff, so be aware…

According to Fandango, all auditoriums here now have reserved seating. Capacities are as follows:

Personal opinion: Decent theater, but not a great one. I think this has been an underperformer for Regal, due to its location and design. It’s in a very nice area, but it’s kinda buried way back in Foothill Ranch near a toll road. In contrast to the Spectrum, which is right off the I-5 Freeway. The Aliso Viejo is also not right off the freeway, but it’s in a much more active area and is much closer to the freeway than Foothill Ranch.