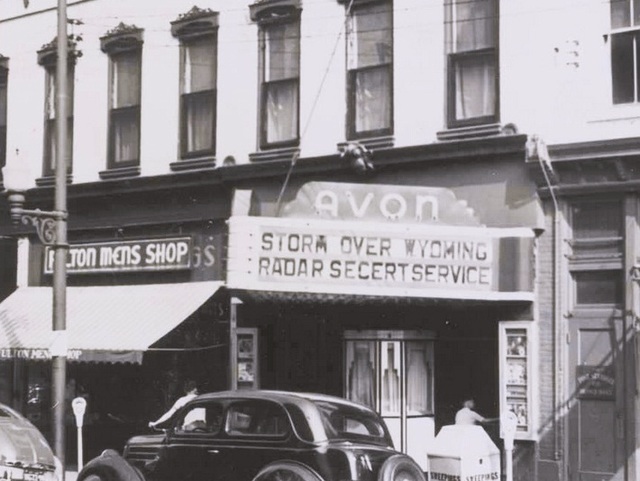 Do you know if the bldg is still there? I’m looking at the address on google maps and I can’t make a match between the bldg in the photo and what I see there.

Here is a 1969 photo showing the neighboring ice cream shop and what used to be the lobby entrance to the Avon Theater. It was being used for retail, specifically a camera shop.

It seems unlikely that this building is still standing. Fulton went through a massive urban renewal phase in the 1970’s. If the business in the lobby was gone or moved elsewhere, this building was almost certainly a target. At the very least, the auditorium was likely demolished.

The link above contains thousands of photos of Fulton, NY. These include photos taken during the ‘70s when the city began knocking down buildings all over and redeveloping them. I could not tell if this was one of those buildings…but the likelyhood is high. Also, looking at the area Google maps to, there is an empty gap between two buildings on this section of Cayuga Street. It’s possible this is the footprint of the Avon Theater, but I am unable to find concrete proof.

This is a case where we need some local help, I think. ;)

This is listed in the 1910 Fulton city directory as the Theatorium.