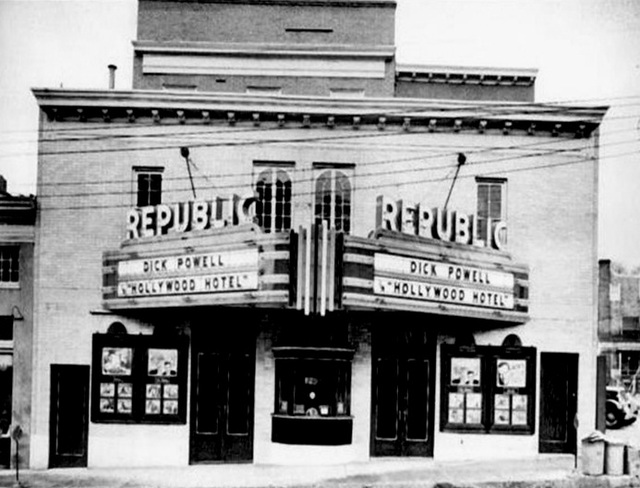 The Republic Theatre was operating by 1923, and continued until at least 1950. It was later taken over by F.H. Durkee Enterprises and was renamed Playhouse Theatre which was still open in 1979. It was later demolished.

The address of the Playhouse (Republic) Theater in Annapolis should be 189 Main Street.

This house was still in operation by Durkee Theatres as The Playhouse at least as late as 1979, at which time a move was afoot to convert it into a live theater. This apparently failed to materialize, and the house appears to have closed soon after.

The Republic Theatre was listed in the 1927 Film Daily Yearbook. The 1926 Yearbook made a mess of Maryland listings and had no theater names for Annapolis, though the town itself was listed. I’ve come across references to a theater near the Republic called variously the Magnet, the Palace and the Garden, indicating that the Garden was in operation at the time the Republic opened, but was closed and dismantled in 1923, so the Republic was open by that year.