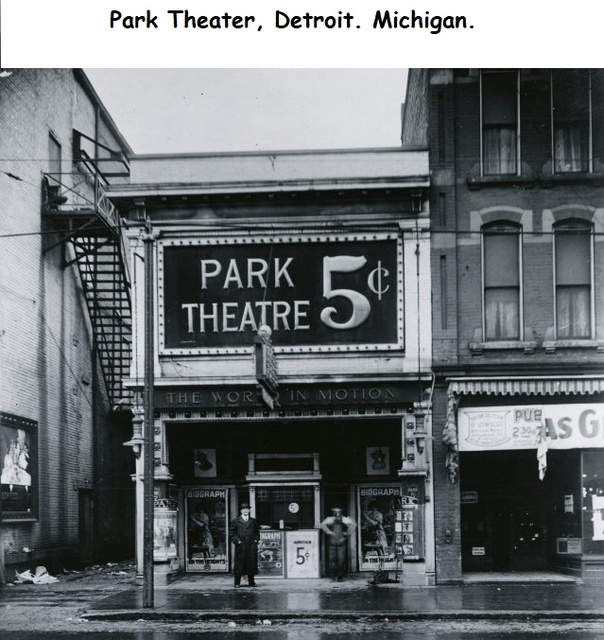 The Park Theater was opened in 1911 and operated until 1916. Later the State Theatre (now Fillmore) was built on the site, opening in October 1925.

This exterior of this theater can be partially seen here:
View link