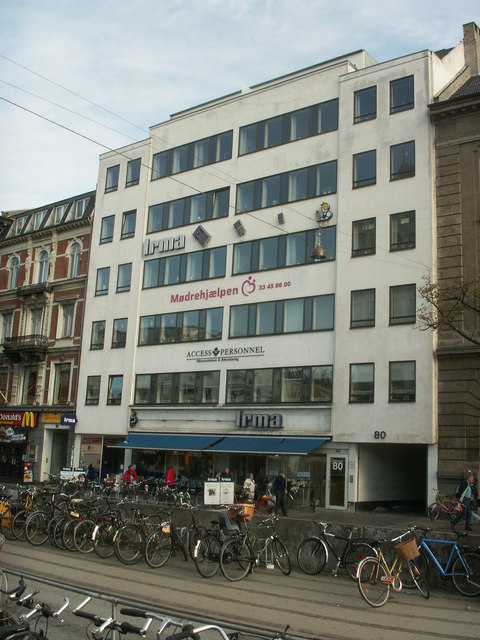 Located in the centre of Copenhagen, opposite Norreport railway and bus station. The Norreport Biograf opened in 1938. Designed in a ‘Modern’ style by architect Erik Brunch, it has an office block fronting the auditorium. Seating was provided in the auditorium for 788 in orchestra and balcony levels. In later years it was equipped to screen 70mm films and in the 1960’s was the premiere cinema for screening James Bond films in Copenhagen.

The Norreport Biograf was closed in Spring of 1981 with Clint Eastwood in "Escape From Alcatraz". It was converted into a supermarket, which continues inside the building today as a branch of Irma. All traces of cinematic use have either been covered by a false ceiling, or removed.