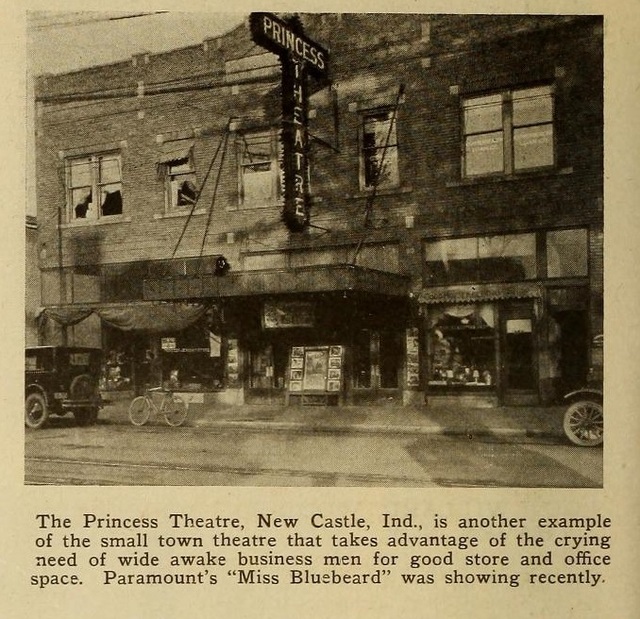 Opened in 1919, the Princess Theatre opened on Main Street. In 1927, owner B.D. Cockrill modernized the theater equipping it with a Page Unit Organ. The theater closed being outsurvived by the Castle Theatre which kept going into the 21st Century. The Princess was demolished.

The Princess was listed at 222 S. Main Street in the 1922 city directory, which would place it directly across the street from the site of the Castle Theatre.

The theater remains in operation on the 1949 map. By this point, the marquee in the photo has been replaced by a ‘V’ shaped model. The theater is noted as being air conditioned on this map.

The building was rather oddly arranged. The auditorium was not nearly as wide as the front section. On what is the left in the photo, the front extended all the way to the alley, and the northern storefront had a section extending back perhaps 10'. The auditorium past that was much lower, and was set back perhaps 6' from the alley.

When the building was constructed, it replaced a very old church, which then relocated to a large new structure to the south of the theater, and has likewise been torn down.