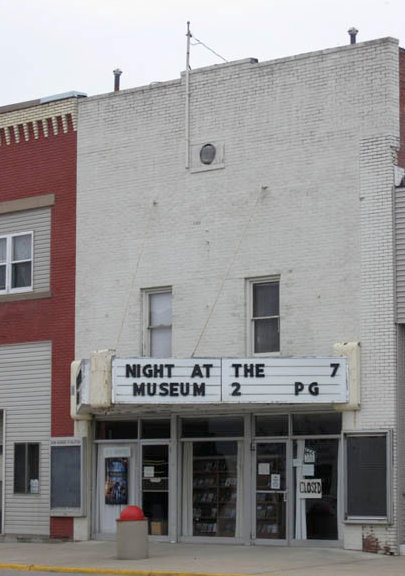 This is an item in Boxoffice magazine, January 1946:

IDA GROVE, IA.-A cigaret started a film fire here at the King Theater. As one operator took the last reel off for the night, it was brushed against a cigaret his assistant was holding. A burst of flame was the result.

No one was injured and the damage wasn’t serious, but the theater, owned by Carl Mansfield, had to be closed for two days.

Work is now under way to reopen the theatre as a non-profit.

Seats installed in November 2018 per the Facebook page for this theatre. Maybe reopened by the end of the year.

Reopened last night with the showing of The Lion KING(2019). It has been completely renovated and has the same manager as the State in Holstein. The rest of the staff is volunteers, much like the State. The State’s success partially influenced Ida Grove to reopen their theatre as well.

This article posted to the online edition of The Municipal magazine on January 17, 2019, has a brief history of the King Theatre, as well as photos of the recent restoration while it was underway. The house opened in 1914 as the Princess Theatre, and was renamed the King Theatre by new owner Frank King in 1917.

Bob Fridley took over the King in 1940 and remodeled extensively, adding a 100-seat balcony. Fridley Theatres operated the house until 1982. An independent operator, Fred Saunders, then took over, adding video rentals in the lobby but continuing to show movies, though less frequently as time passed. The King went dark in 2010, partly due to the prohibitive cost of installing the digital equipment that was by then becoming a necessity for theaters.

In 2015, a community organization was set up with the goal of restoring and reopening the theater. The deteriorating building was gutted and rebuilt inside, designed to meet the requirements of the Americans with Disabilities Act. The project was nearly derailed when the back wall of the building collapsed after a major storm in June, 2017, but the community group persisted and the rebuilt house was reopened in October, 2019.

Forgot to add this: Here is the web site for the King Theatre.