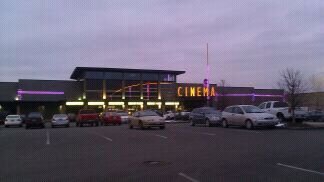 This is an underappreciated gem in this part of suburban Seattle. A spotless, well-staffed and modern multiplex with plush stadium seating, it is now unfortunately overshadowed by the just-opened AMC Southcenter 16 just up the road. If you’re familiar with the area, it dates to a similar vintage as the now-closed Regal Bellevue Galleria 11, which also became upstaged by the flashier Lincoln Square Cinemas up the road just a few years after opening. Hopefully this place doesn’t suffer the same fate!

It’s an especially good place to see big films that you may have missed in the first 5-6 weeks of release – not a second-run house by any means, they just tend to hang onto some films a bit longer than other multiplexes.