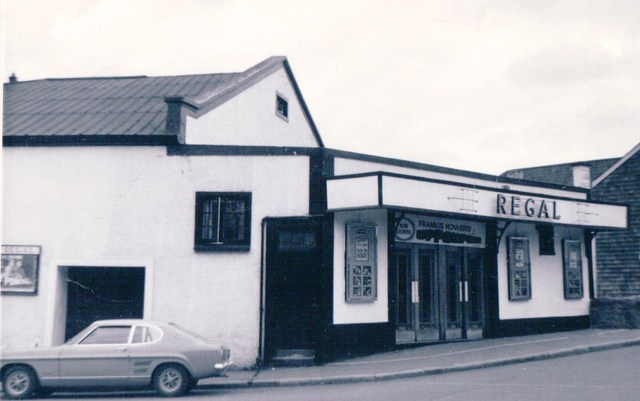 The Cinedrome opened in January 1931 with a seating capacity of 725, all on a single floor. It was designed by architect O.P. Bevan of Bargoed, Glamorganshire. It had a 40 feet wide proscenium.

Operated by an independent operator, it passed to West Cornwall Cinemas Ltd. in September 1943 and was re-named Regal Cinema from 14th February 1945.

Alterations were carried out in 1953 when the stage was enlarged and dressing rooms built.

Taken over by David Williams, WTW Cinemas, from 30th January 1967, it was twinned in May 1986, when a small screen was converted out of the former stage. Seating is now provided for 244 and 98.