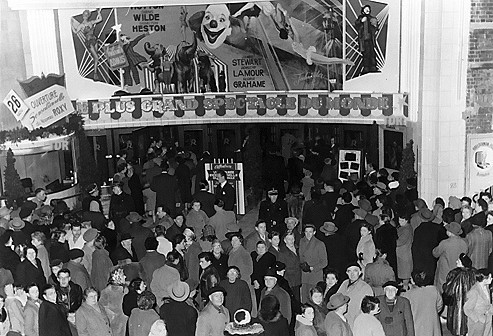 In 1953, it was rebuilt in the style of the ‘Mirano’ and was a great theatre of more then 1,000 seats, re-opening as the Nouveau Roxy Cinema with Charlton Heston in “The Greatest Show on Earth”. It was soon equipped for CinemaScope and screening blockbusters like “Circus World” in 1965. In December 1956, when the film “Rock Around the Clock” was shown, there was a young boy working there, who became the well known journalist Piero Kenroll. The Roxy Cinema closed in 1974 with Jan-Michael Vincent in “Nanou” (“The World' Greatest Athlete”). It was demolished. Offices for a removal company now occupy the site.