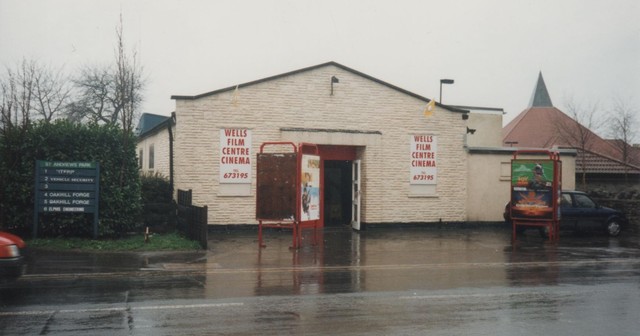 The Wells Film Centre Cinema opened in January 1993. Independent operator Derek Cooper planned this to be a temporary stop-gap, as he was negotiating to re-open the former Palace Theatre, that had closed as a cinema around 1954. This was not to be, and the Wells Film Centre Cinema became the only cinema operating in the town. The Palace Theatre was demolished in 1999.

All three auditoria have Scope screens with side masking.