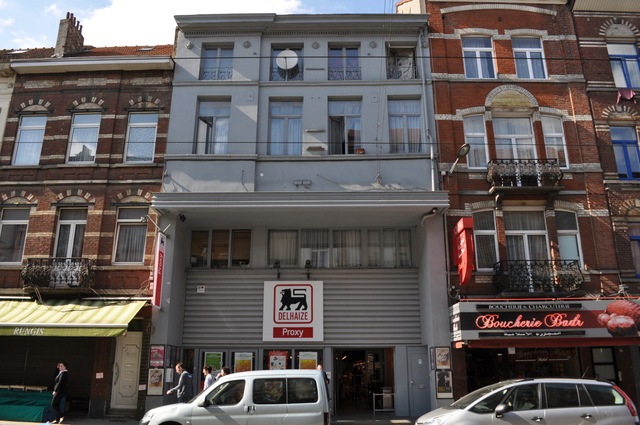 In the suburb of Anderlecht, in the Rue Wayez main street, before World War I it was a dance hall, with sometimes movies. In 1930 it became a part time cinema named Palace Cinema. In 1956, after renovating, it was renamed Metro Cinema and was part of the Soudan circuit until it closed in 1979.

It was the last of the ten Anderlecht cinemas to remain open, one of the last movies shown there was “Saturday Night Fever”. Since then it has been converted into a supermarket Delhaize (Lions Food).

A vintage photograph of the Metro Cinema in 1978:
View link