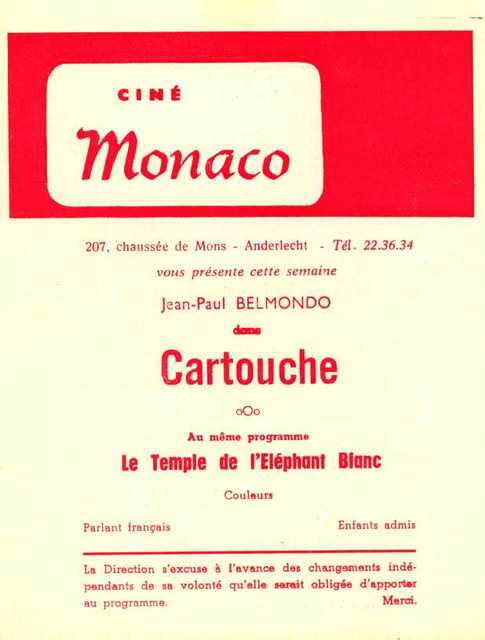 Located in the Anderlecht district of Brussels, a well known suburb for its football team. Opened on the Chausse de Mons in 1913 as ballroom casino with some movie shows. It became a part-time cinema in 1930 under the name Lido Cinema, and in 1957 was renamed Monaco Cinema, after the marriage of Grace Kelly to Prince Rainier of Monaco. It closed in 1974. The ground floor has been converted into offices for the city of Brussels.