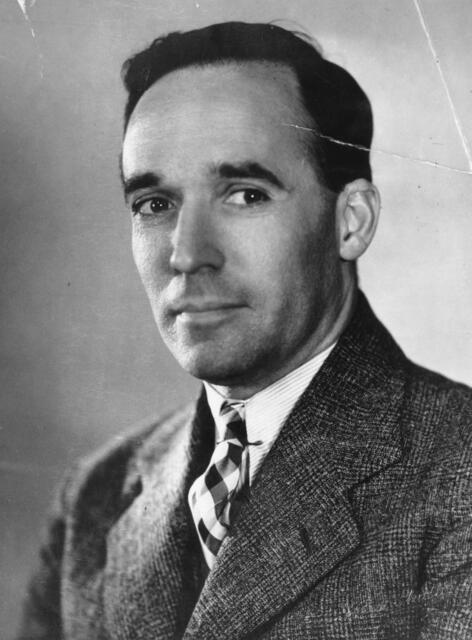 Charles Edward Chauvel OBE (7 October 1897 – 11 November 1959) was an Australian filmmaker, producer and screenwriter and nephew of Australian army General Sir Harry Chauvel. He is noted for making the films Forty Thousand Horsemen in 1940 and Jedda in 1955.

After leaving school, he worked on Queensland properties, and on his family property when his father was at war, before studying commercial art and taking drama classes in Sydney. He was fascinated by films and pestered a friend, showman Reginald “Snowy” Baker, to give him work as a production assistant; usually he was the man in charge of the horses. Chauvel worked on The Shadow of Lightning Ridge (1920) and The Jackeroo of Coolabong (1920) with Baker; he also assisted on Robbery Under Arms (1920)

After the war he made a film about a pioneer family in Queensland, Sons of Matthew (1949), drawing on his own family history

In 1955 Chauvel made perhaps his best known film, Jedda. Jedda is a story of an Aboriginal baby girl raised by a white station owner and kept in ignorance of traditional ways and the Aboriginal man who carries her off, even though this is a forbidden “wrong way” marriage, and brings tragedy to both of them.

Both Jedda and Matthew involved travel to remote areas and difficult conditions for filming, and are considered Chauvel’s best works. Jedda was the first Australian feature film made in colour, and had to be developed overseas as there were no colour processing facilities in Australia. For Jedda, the Chauvels sought out Aboriginal people for the lead roles, and in Robert Tudawali, playing the male lead, they found someone with great natural ability. Both these films were made in a period when the Australian film industry had virtually collapsed, unable to compete with imported films.

Final years and death After this, Chauvel turned to television, making the BBC series Walkabout which travelled to interesting locations in Australia. He died unexpectedly of coronary vascular disease on 11 November 1959, less than a month after Errol Flynn, whom he cast in In the Wake of the Bounty. According to Ken G. Hall, Chauvel had left a message asking to speak to Hall on the day he died, and left an estate worth £32,000.

1920 The Shadow of Lightning Ridge actor directed by Wilfred Lucas

1922 The Man from the Desert actor

1923 Strangers of the Night actor

1933 In the Wake of the Bounty director / producer / screenwriter

1943 While There is Still Time director / producer documentary short