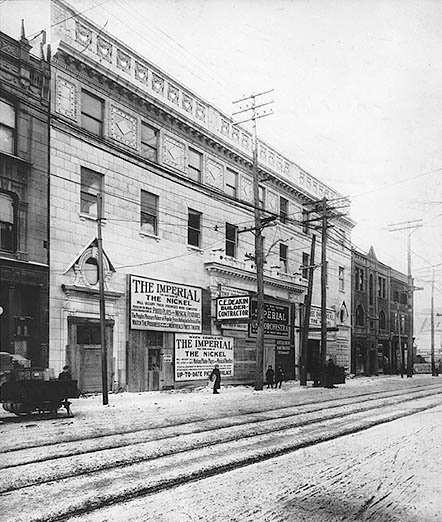 The Imperial Theatre opened on April 26, 1913 in downtown Montreal, Quebec. It had a seating capacity of 2,300.

In 1934, the Imperial Theatre was rented to Leo Ernest Ouimet and in 1936, RKO Radio Pictures sold the movie house to Consolidated Theatres.

In 1950, the Imperial Theatre was first renovated and was altered again for Cinerama in 1954.

In 1980, United Theatres (part of Famous Players) repurchased the Imperial and it was restored and reopened in 1981.

In 1986, the Imperial Theatre became the first cinema in Quebec to receive THX certification. It was donated to the Montreal Film Festival in 1995 by Famous Players.

The Cinema Imperial currently seats 819, and is still a true “Cinema Treasure”.

A view of the proscenium and screen:
View link
The rear orchestra stalls gangway:
View link

This reopened as Ciné-Centre on May 24th, 1974 with two cinemas. Grand opening ads can be found in the photo section for this cinema.

On October 10th, 1975 one of the cinemas continued its adult policy as Eden. Its grand opening newspaper ad can be found in the photo section for this cinema. The Eden did not last long.

Pop up in the France-Film listings as Cinéma X on March 4th, 1977. did not last long. 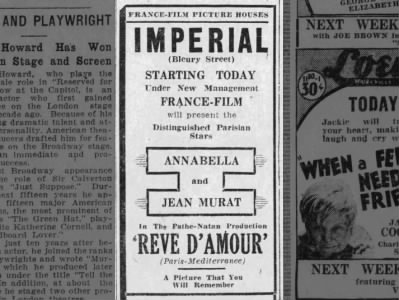 A larger ad from La Presse is also posted.

Hydro cuts power to the Imperial 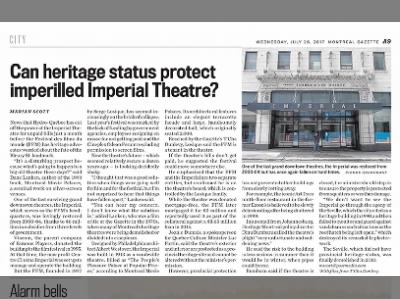