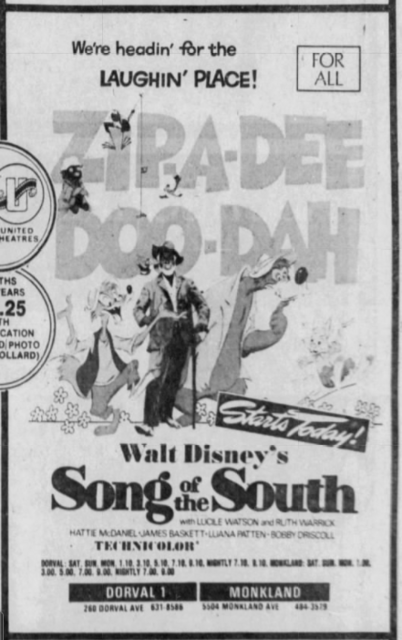 The Dorval Theatres was part of United Amusements in the early-1960’s. The Dorval Shopping center is due to be demolished in early-2021.

Just one listed in the 1963 IMPA. No information as to number of screens.

Lost Memory, Salle Doree and Red Room are the names of the two cinemas inside the Dorval Theatre.
I have found some vintage pictures of this cinema and posted then at Page 6 of View link

Based on the ads, this was once a twin and finally a quad.

The first time I went to that theatre was approx. late winter to early spring of ‘84, I was living at the group home Allancroft in the unit called Woodside that was located in Beaconsfield on Elm Ave. I saw the “Conan the Destroyer”. I clearly remember Liz taking us there, we went to eat dinner first at Buffet Chow’s — surprisingly this restaurant is still there & operating. I’d go there a few times over the years until ‘88, I do remember one of the last movies I saw there was “Star Trek IV: The Voyage Home”. But the very last movie I saw there — and went to eat at Buffet Chow’s first — was in late '99 when I was visiting Montreal for the first time since I left in early '92 and the movie was “Deuce Bigalow: Male Gigolo”.

French language grand opening ad from April 13th, 1962 can be found in the photo section for this cinema.

To be demolished as part of the Dorval Shopping Centre redevelopment per Montreal Gazette of December 3rd, 2020 P3.