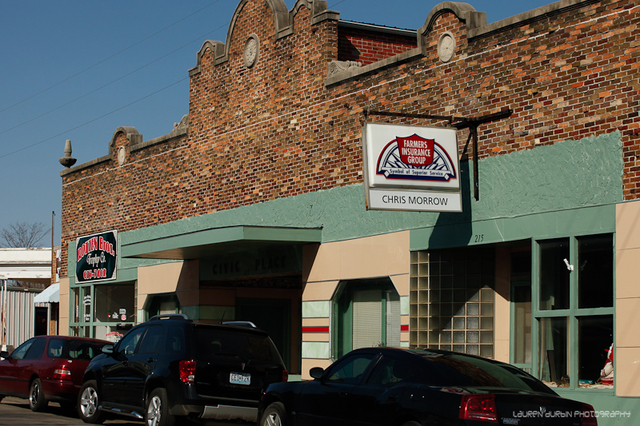 Operating as the Blake Opera House in the 1920’s, it had become the Civic Theater since at least 1941 when it was listed with a seating capacity of 550, in the Film Daily Yearbook. The Civic Theater (not to be confused with the Civic Junior Theater, also on Main Street) was designed by Webb City architect Larry P. Larsen, who designed over 100 theatres around the U.S.A.

The Civic Theater was still listed as operating in 1957.

From what I found this theatre goes back to the 1920’s when it was known as the Blake Opera House.

Boxoffice, March 30, 1957: “WEBB CITY, MO. – The Civic Theatre, closed since last December, was reopened under new management Friday (22). Bill Bradfield of Carthage is the new owner … The Civic had been refurbished before its opening.”

Howard Larsen, who would later build the Webb City Drive-In, owned the Civic for a while. I wonder whether he was any relation to architect Larry Larsen.

Howard was included in Neosho MO Daily News story on March 28, 1947 as having attended the Kansas-Missouri Theatre Assocation of independent owners. On Feb. 11, 1950, the Joplin Globe quoted Howard to say the scandalous Bergman film “Stromboli” would not be shown at the Civic.