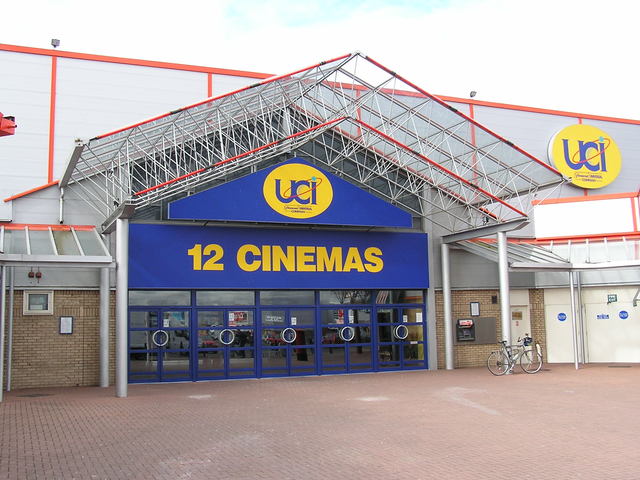 It was demolished in 2008, and part of the site was used to build the new 7-screen Odeon Edinburgh Fort Kinnaird, which opened in 2015.

The UCI was the first multiplex in Edinburgh, it was built in a corner of the Fort Kinnaird retail park, it had a standard UCI layout, an unremarkable brick box with a trademark UCI pitched glass roof over the front doors, a large square lobby with six screens off each side, eight at the back of the building and four at the front.
The screens had a very shallow rake.
The premiere for TRAINSPOTTING was held at the UCI.
It was an incredibly busy cinema, BRAVE HEART ran here for over a year.
Gradually competition from newer multiplex sites took business away from the UCI, first the ABC in Westerhailes, then the UGC Fountainbridge, then the Ster Century at Leith and then the Warner at Greenside Place.
The owners of the Fort Kinnaird wanted to expand the number of shops and size of the park, so the (by now) Odeon closed and was swiftly demolished in the summer of 2008.

View link
UCI towards the end of its life