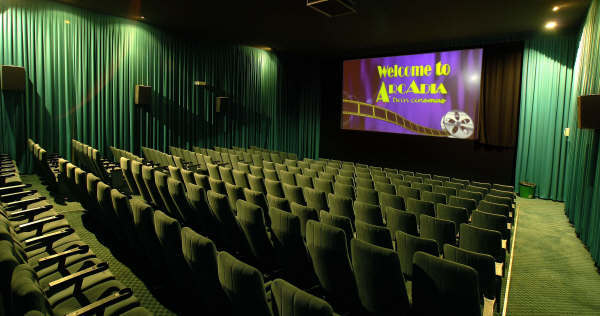 On November 20th, 2002, the Arcadia Twin Cinema celebrated its tenth anniversary. Guests of honor were John and Sue Kasoulis who have owned the threatre for over 25 years. It was formerly known as the Milton Theatre. Attending the gala was Robert Brainwood who owns the Roxy in nearby Nowra.