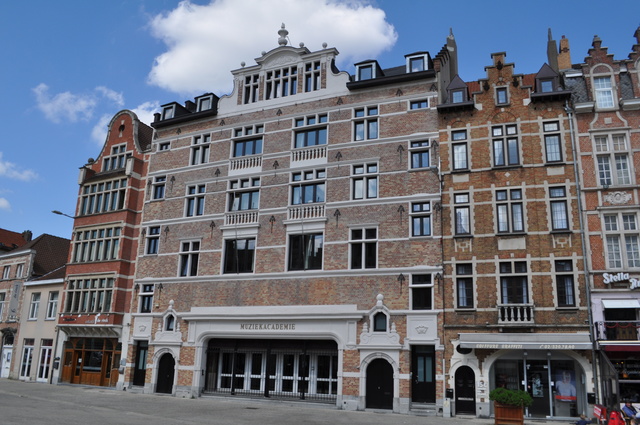 Opened in 1931 in the Place de La Vaillance, it was owned by the Van Damme circuit, who owned in the Anderlecht district, the Lido, Nova and Rio cinemas, all of them in Chausse de Mons, the Cinemax in the centre of Brussels, and Studio Louise which became Cinevog in the Avenue Louise.

It was over taken by Dr. de Herdt who opened nearby, the brand new Erasme Cinema. The Vaillance Cinema was closed in March 1969, some of the last films shown there were Luis Brunel’s “Belle de Jour” and “Navajo Joe”, a European western with Burt Reynolds playing a Clint Eastwood type role he made famous in ‘spaghetti westerns’. Since closing it has become a Flemish musical school.

the cinema vaillance closed in march 1969