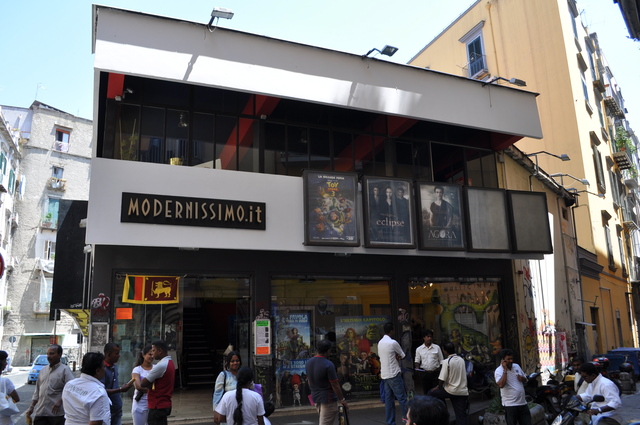 Located in the University district of the city centre, close to the Piazza Dante, the Piazza del Gesu and the Santa Chiara Convent. The Cinema Modernissimo is a stand alone, purpose built cinema which was opened in the late-1960’s, designed in a modern style, it was originally a single screen theatre.

It was converted into a four-screen cinema in 1994 to the plans of architectural firm CDS Architetti Associati, and is one of the best of Naples multiscreen cinemas, offering four auditoriums on two levels. Seating capacities in the screens are; 440, 110, 100 and 25. It was recently redecorated and has air conditioning and a bar.

The Cinema Modernissimo is a member of the Europa Cinemas Group.