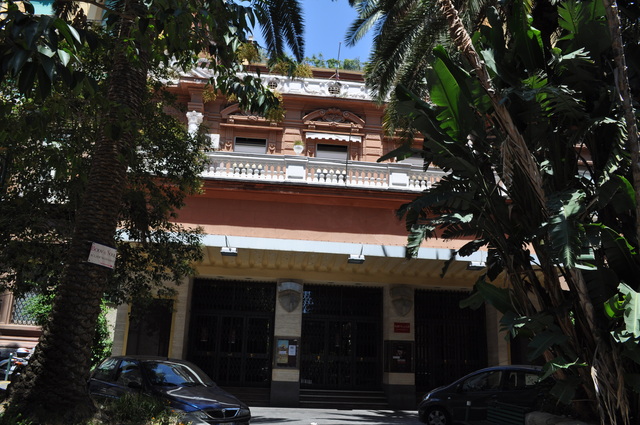 The Cinema Delle Palme is located in the up-market Chiaia, Campania area, to the North-West of Naples. It is a historic former theatre and is located on a side street, close to the Via dei Mille. It opened as a live theatre in 1924 with a seating capacity for 840. In 1938, it became a cinema, but retaining some theatrical use.

In 2006, it was converted into two screens, and is equipped with the latest projection and sound systems, and has a bar. By 2010, a third screen had been added.