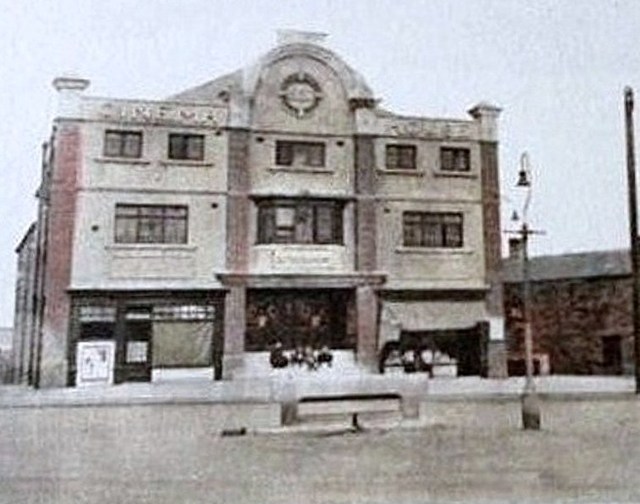 Opened as the Cinema House on 1st January 1921, it was located in Ecclesfield, a district on the outer limits of Sheffield. The cinema was built and owned by the Sheffield builder Michael J. Gleeson. A brick built building with the front facade extensively covered in a finish of white cement. At roof level the words ‘Cinema’ & ‘House’ fronted a top parapet which were separated by an arch incorporating the year of its construction ‘1920’. Two shops flanked either side of the central entrance to the cinema.

Seating was for 685 - 485 in the stalls and 200 in the balcony. The proscenium width was 21 feet and a small stage was provided behind the screen but dressing room facilities were limited. Cine-Variety was tried out in 1926 on Wednesdays & Saturdays.

The Cinema House closed briefly from February 1931 until March 1932 when it reopened after being equipped for sound. The first talkie screened at the Cinema House was the musical in which Bing Crosby made his debut - “King Of Jazz”. Shows were once nightly with two performances on Saturdays. During the Second World War charity concerts were staged to help those serving in the forces. In 1947, the Cinema House was one of three Sheffield cinemas to be sold to the Essoldo group, along with the Capitol Lane Top and the Forum Southey. However, it was not advertised as an Essoldo Cinema until 1949 and not renamed the Ecclesfield Essoldo until September 1950. Cinemascope was installed in November 1955.

The Essoldo was one of Sheffield’s early cinema closures, closing on 7th February 1959 with Marlon Brando in “The Young Lions” being the final filmed screened. The building stood empty and derelict for many years before being demolished in the 1970’s. The site is now a car park for a neighbouring pub.

A vintage photograph of the derelict Essoldo, prior to demolition:
View link

There was never a stage behind the screen. Neither were there any dressing rooms.