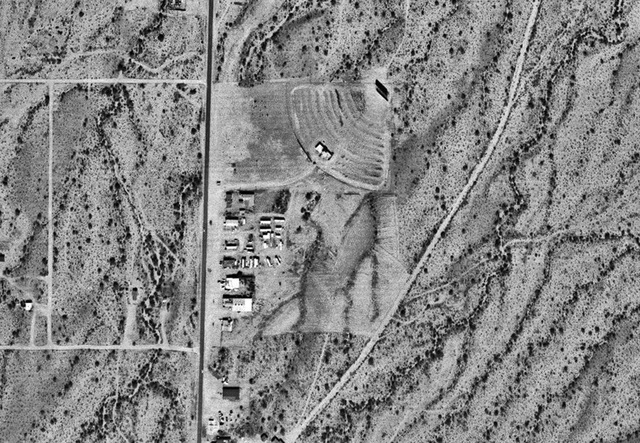 It would’ve been at about 1950 N. Ajo-Gila Bend Highway. The layout is preserved, except for a new road and a small building at the edge of the lot.

It was open in 1956 for sure,but no owners or Car capacity was listed.

I think this may be the drive-in that appears near the climax of 1972’s “Night of the Lepus.” A brief shot of the marquee and the bottom portion of the screen are shown (a cartoon is playing) along with shots of cars parked on the lot as well as exiting the theatre under instructions from the sheriff. According to the Internet Movie Database the film was shot in Ajo, and unless the town had another drive-in this must be the one they used.