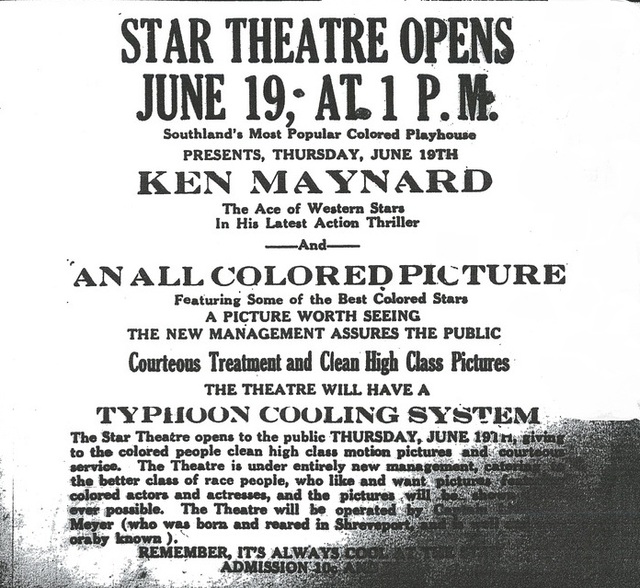 The Star Theatre opened June 19, 1930. It was closed on August 3, 1968. It is remembered as being a segregated theatre on the edge of Shreveport. Later in 1968 it became a nightclub operating under several names and then permanently closed. It was demolished in the early-2000’s

The Star Theatre appears to have completed its run on August, 3, 1968. Later in 1968, it was converted to a business called the Supper Club. In 1970, it became a nightclub called the Afro American Scene with go-go dancers until 1976. It then was the Mr. Big Stuff Club from 1977 to 1978. The building was vacant and offered for sale for many years at just $30,000. It appears to have been razed early in the 21st Century.