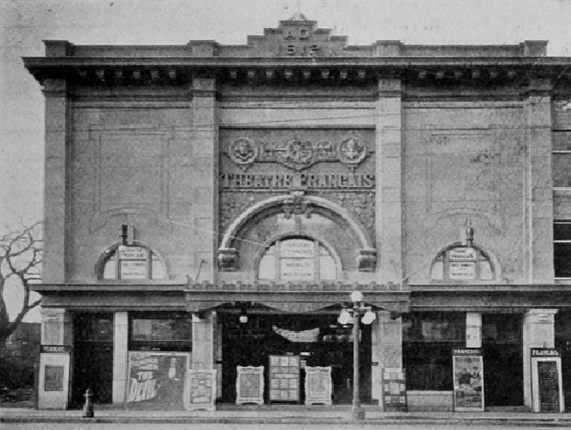 It closed in 1961 as the Francais Cinema.

Probably located in the what became the old Larocque’s dept. store.

Contrary to what is indicated by Chad Irish, it was the Rideau Theatre (formerly the Princess Theatre) that was located at Rideau and Dalhousie. The FranÃ§ais Cinema was located on the west side of Dalhousie Street about half way between George Street and York Street. When it first closed in 1961, its marquee indicated “closed for repairs” and for about a year, it continued to do so. I had therefore assumed that it would be re-opening, but it never did. It was eventually demolished and later on the entire block of Dalhousie between George and York became the site of a Holiday Inn.

It’s actually a Marriott Courtyard. The hotel takes up half the block and the rest is parking. Status should be closed/demolished.

Should be spelled Français.