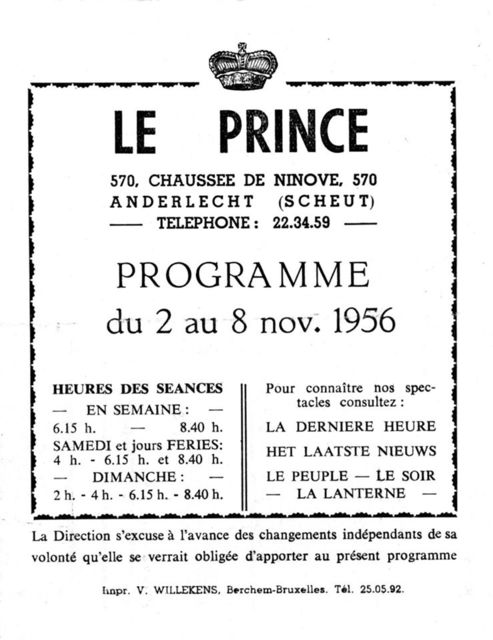 The cinema of Anderlecht district with the shortest career of only 12 years. Opened in 1954 in the Scheut suburb of Anderlecht, well known for the evangelistic mission. It had two programmes a week, the first film screened was Charlie Chaplin in “Limelight” in the Spring of 1954. Later in that first week was Fernandel "Le Fruit d'Fendu".

In 1960 while living there, I have seen John Wayne in “Rio Bravo” and “The Buccaneer” with Yul Brynner. The Cine Le Prince closed at the end of 1966 and during that final year it was only open 3 days a week. Since closing it became a Toyota car showroom and garage.