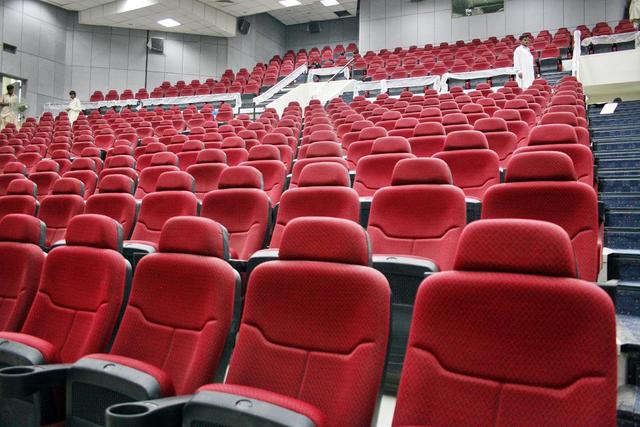 Originally built in 2001, the conversion of the DHA Auditorium into a cinema for multi-purpose was initiated by DHA in July 2006 and for its conversion and management, Mandviwalla Entertainment was awarded the contract on 15th November 2006.

The renovation work lasted for 8 months. Complete uplift of the foyer area of the Auditorium, complete soundproofing of the Auditorium, installation of a Kinoton 35mm projector (Germany), Dolby Digital and DTS surround sound processors with JBL speaker system (USA) and installation of 483 imported Mona seats (China). The designing of the foyer area and other civil works was undertaken by Mrs. Ayesha Noorani of M/s Noorani Associates and complete projection and sound installations were done by Mr. Hussain Chagla of M/s Pakwestrex.
Â