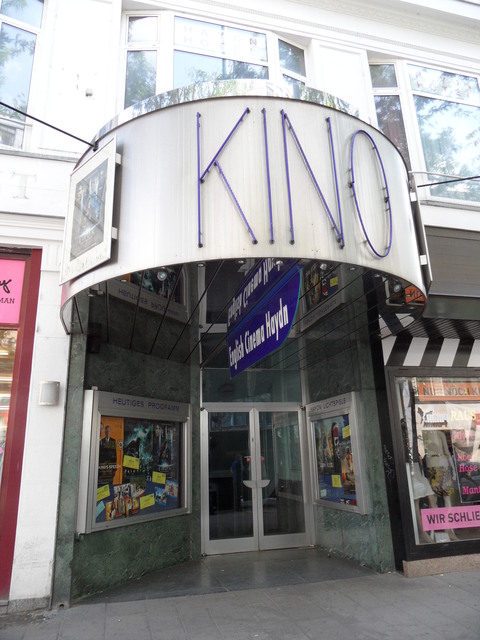 The Haydn Kino has remained in the same family ownership since opening. Re-named English Cinema Haydn since 1995, it has screened American and British films only and screens them in English.

Exterior and interior photos from February 2013.