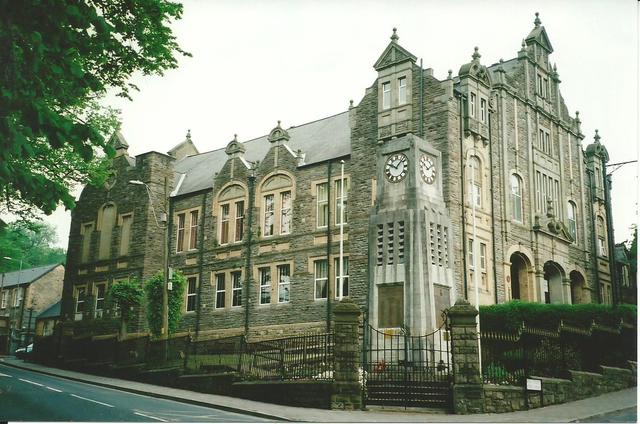 Blaenavon is located south of Abergavenny in south Wales. The 81-seat Workmen’s Hall is operated by the independent South Wales Cinemas chain. It was closed in October 2013 due to a lack of 35mm film prints. In October 2014, an application for a grant to purchase a digital projector has been made. A Sony 4K projector was installed as well as new seats.

Wow! Holy House of Windsor.
This place reeks of character.
Too bad the official website doesn’t seem to be active. I’d love to know the full history.

Well just a brief few lines on the Bleanavon Workmans Hall, like many of these workmans halls in the South Wales Valleys, this was built in 1894 and opened on 7th January 1895 making it 105 years old this year. The Original cost of the building was Â£10,000 and like many valley institutes was paid for by the weekly contributions of the miners and iron workers making a small contribution from their wages. Originaly the hall contained a very large theatre later converted to cinema use,the hall also contained meeting rooms, snooker rooms, and libary.
The Hall is now owned by the local council and operated by an independent management committee made up of local volunteers.
Now the main 400 seater auditorium stalls and balcony seat 400 and has been refurbished to a very high standard, the main hall however does not double as the cinema, the 80 seat cinema is in another part of the building just off the main lobby, and is open and shows current release fims 4 nights a week.
A Phillips FP20 projector and tower system is used in the projection room.
Blaenavon is a world heritage town with its Big Pit musuem and Iron works museum.

This hall was reopened around 1978 as a community cinema. The original Ross Streamlite projectors were still in the box and were put back into service. The huge hall was impossible to fill and after the free showing of “The Man Who Would be King” there was never more than 30 in at any showing, some times there might only be 3. The hall was run by volunteers so there was no wage bill. The hall developed structural problems and was later close until funding for a complete transformation was obtained when the hall was returned to a flat floored multi purpose hall and the cinema removed into one of the snooker rooms at a lower level. The original projectors were saved and may still be in Blaenavon.

Before reopening the oil engine powered generator was sold and the engine house was converted into a gym.

The original projectors are still about and are fantastic bits of equipment.

This is a lovely building, although starting to look a little tired again. Hopefully funding will become available soon to keep this magnificent building alive.