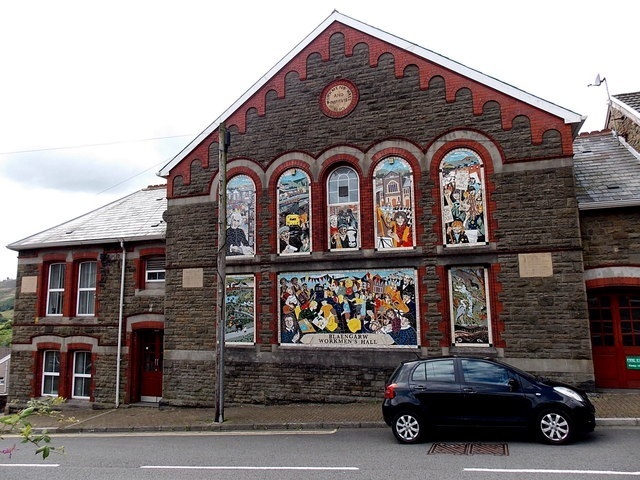 The Workmen’s Hall opened on 5th March 1894 as a community hall. After World War II it is listed as operating as a 450 seat cinema. This continued until the 1970’s when it was closed and the building became derelict.

After renovations, it was re-opened in 1992, to serve the cummunity again, and serves as the town’s cinema once more. It also stages live performances, theatre and bingo sessions.